👀 OI 🕳🐇 Disruption is a moment in time. Open Innovation is timeless. Choose wisely.

Disruption is on the tip of everybody’s 👅. Rightfully so, it’s become, memetic and routine. It holds, absolutely no value, because we’re seeing people point to it all the time, and then, well, a distraction comes along and all is forgotten, a mystery machine (as in ScoobyDoo – Mystery Inc gang, feeling Scrappy yet?). It’s become both abstract and mainstream (yup, oxymoron), an intellectual Scooby snack, to say the least. Next time you hear someone say disrupt, YELL BOO 👻 OUT LOUD! It’s worth that much. Disruption is not dangerous, it’s an excuse to walk away from rolling up sleeves and addressing real problems by way of distraction and avoidance. It’s a lie, no where close to an excuse. Open Innovation (OI) addresses that problem. OI is an innovation management technique that purposefully counters status quo imagination and ideation, by striking down intellectual boundaries. It’s a behavioural mindset, one that runs ever so close to counter culture (subculture), in essence a lifestyle. It’s not something you can lead, it’s something you embrace and hold onto for your dear life, it’s that rare. Very few people have the courage to let go, let alone embrace. I’m looking for the latter. 👻, welcome to MY OI’verse.

On the σ 🚊. Μorning thought track.

There’s a general hypothesis out there that combining AI (or Computational Intelligence, better) and Blockchain means increased productivity, automation of decision making for many activities that depend on human interaction today. This is true. Where the hypothesis falls short though is in accompanying opinions and assumptions. Check this out.

First, on opinions. From Wikipedia: “An opinion is a judgment, viewpoint, or statement that is not conclusive.” Let’s all write that down and stare at it for a bit. What conclusions can we draw from this definition? Right? Let’s move on. 🐇

From Wikipedia: “A thing that is accepted as true or as certain to happen, without proof.”

Write, stare, assume. What are you left with? Right? Let’s move on. 🐇

Third, on Blockchain, or better yet, proof of stake. From Wikipedia: “A type of consensus algorithm by which a [cryptocurrency] blockchain network aims to achieve distributed consensus.” Third time is a charm. Right? Let’s move on. 🐇

As machines become increasingly capable, tasks considered to require “intelligence” are often removed from the definition of AI, a phenomenon known as the AI effect. A quip in Tesler’s Theorem says “AI is whatever hasn’t been done yet.”For instance, optical character recognition is frequently excluded from things considered to be AI, having become a routine technology.”

Right? Time to take a leap of faith. 🐇

Leap of faith, on natural, or human intelligence. Here comes the rabbit hole ( 🕳 🐇). No Blockchain to keep you from falling, no AI safety net to interpret this as a pit to avoid and instead navigate the top down decision tree instead, nothing like that. Just you (human), a rabbit, and a hole. Leap in, follow that rabbit tail. There are no opinions, assumptions or decisions to be made here. Welcome to σ land, where humans thrive. Let’s grow 🏁. Don’t forget to say HI (guess) to the 🐇 on your way down ✌️

We can print currency, trust me, at home.  Buillon.  Now.  Treat that like a function.  decentralizedCooperation().  Tuck that away for a moment.  Now, just, call the function.

πChain implies decentralizedCooperation(dC).  I have a BlockChain.  Plugin Fibonacci for a block.  That gives you a fairly balanced and proven metric.  Golden section. You can scale or just fool around with pi.

So you’re left with connecting the dots and forgetting about linear chains.  That’s the problem with the financial eco-system today, what makes it so fragile is hierarchy in communications.  Wide cast filters.

Here’s the thing. People are louder today, we’re just hanging under someone else’s twitter feed, a filter, and we’re expecting sound above is as below, but that’s not the case.  We’re born to jaja today.  Each jaja is a story in itself. The baggage is there, that’s my BlockChain.  And there’s a bunch of us.  Try painting this picture for yourself.  Simple imagery.  And don’t forget, we’re distributed.  The dart board is packed with opportunity. 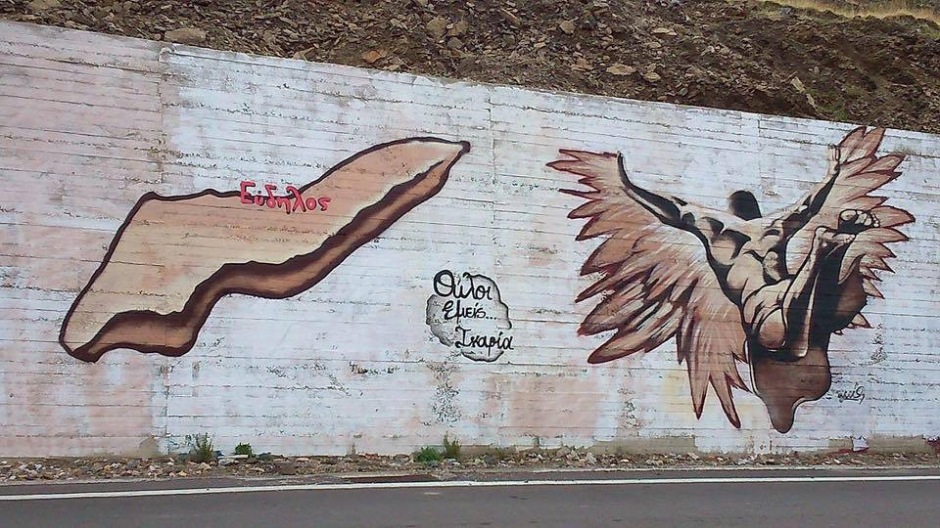 With Industry 5.0 on the horizon, humanoid to machine interface, coupled with the rise in P2P Alt-Economies such as Blockchain based Bitcoin, Ethereum, Libra, etc. B2B and B2C are certainly, dead.  That’s a sentiment out there.  Well.  Not exactly.

Set aside economics for a bit.  This isn’t a complicated picture that needs painting, you can sketch it for yourselves.  First step, set aside economics.  A shared denominator that makes both economics and technology tick is information and data, start there.  Now, we’re talking about the rise of P2P, as a semantic layer, over B2B and B2C.  B2B and B2C are still there, the infrastructure, and these new alt-economies, the ones with a little backbone, well they pass my LEGO test and rest on top of these two proven layers.

What’s my LEGO test?  Say the following into Siri =>

So what does that say?  Blockchain is a digital value enabler. It can harvest digital value and transform it into currency.  Plain and simple.  Isolated currency becomes energized again.  Friendly currency, not hostile, like our current state economics.  This is all opt-in.

Where Facebook and the Libra solution come in is trying to resolve an age-old community driven economics problem, and that’s the volatility problem when it comes to crypto-currency.  Community means (and needs) stability.  So we’re not that far ahead folks, the industry is stuck on dealing with some important stuff here and we’re just creating noise when we’re not focused on our individual roles, as citizens, in fixing this problem.  There’s no cohesion in both community and economic goals.  Don’t get me wrong, those dots are there, yet the connections today, are overwhelmingly meaningless.  Blockchain fixes that.

Still not convinced?  Well, this is guns and butter stuff, really.  We used to do it with Buillon (Gold).  Remember that?  Matter of fact, we still do. + Crypto Currency.  People’s (community driven) Buillon.  Our Buillon.  Welcome to Industry 6.0.  It’s that simple. Omega state, quantum, alt-economics and alt-economies.  It’s time to build.

Design and Design Thinking is all the rage today. Everyone is talking about it. But that’s just talk or in essence the product of a what is now becoming a major awareness campaign, and that’s real good, plain and simple. Now take a moment and think about the majority’s impression of Design capabilities, methods and the discipline in itself. There’s this aura of solitude, the designers, locked away in a workshop or lab, thinking to themselves, safeguarding ideas and secrets selfishly into patents, every stroke of genius being of great value that must be protected and redeemed prior to any notion of validation by the markets. While this notion may hold some truth, how we’re seeing the discipline evolve paints a very different picture.

My impression of what we’re experiencing is the progression and acceptance of an open design movement. Aggressive patenting and the lack of collaborative platforms in the past as compared to platforms offered by technology today is shaping a very different future for the discipline, where solitary design may actually be frowned upon. In this day and age if an idea, concept or design component stands on its own what value does it really hold in an era where the markets desire open source, integration and unity? Ask yourself that question.

Leaders in the arena are now touting open design as the new paradigm. The shift has already happened and where we need to consider focusing our attention if the discipline is to progress and meet market demands is ensuring our education system, from a very early onset, possibly at the elementary level, plants seeds to encourage integrated and open design thinking.

Leading in this arena are organizations such as SAP and the Hasso Plattner Institute (HPI) Academy for Design Thinking or d.school, offering an accessible and open education platform.

My personal journey of late has afforded me the opportunity to realize that Design Thinking, whether we realize it or not is a fundamental function and capability of the human psyche. Just close your eyes and think about an idea, any idea. Now open your eyes and…..guess what silly, you’re designing.

With the advent technological advancements facilitating connectedness, integration and unified thought such as cloud and IoT, harnessing and harvesting design into hives of design components is becoming easier and easier. The former lab or workshop of the solitary designer has become a universal playground of thoughts, ideas and design components. Designers are no longer constrained to their environment, components have the potential to be shared universally in an instant. The capability is evolving as to encourage open ended design components, rapid and iterative design is imminent.

Over the next year, I’m very excited to exploring ways to advance the discipline, which I’m becoming extremely fond of. I’m finding it extremely fun designing and shaping what I can currently coin as a framework for a conceptual sub-discipline, that of being a Design Jockey. Planning to step into the Hasso PIattner Institute of Design Thinking (d.school) is my next step. 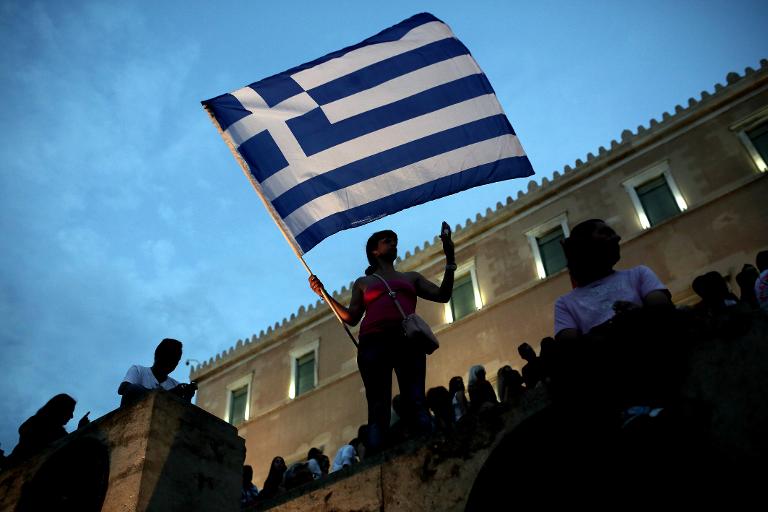 Listen to the media these days.  Brexit is all the talk.  What happened Grexit?  False perception? Maybe. And maybe not, you can argue either way these days all you want, but for the next couple of years, Britain has taken the spotlight.  And what that means for Greece, in my opinion, is nothing but healthy.  Time for some good news.

Turn off the news, stop listening to all the noise and look around anywhere in Greece.  Greeks are no longer bound to the keyboard of their cellular phones, today, their eyes are clearly set above the horizon.

Almost four years ago, I remember clearly planting seeds with my fellow patriots on the importance of spreading hope, the parting words I used in Greek were Καλη Συνεχεια (or) Good Continuance.  Today, end a conversation with any Greek and there’s a 50% chance you’ll hear these words.  My perception based on my observations of late are that Greece has taken a turn for not only what is better, and today, I’m left with the sure feeling that my patriots are standing on the shoulders of being great.

The ancient art of collaborating, sharing, arguing and discussing for the greater good of the community is all you hear.  Greeks are no longer bound to how many Euros are in their pocket, instead, Euros are being replaced by the higher level currency of opportunity.  Listen closely and inside of one day you’ll hear someone actively sharing ideas about opportunities between each other.

Young adults are actively learning about the value of practical experience, be it via internship, working multiple jobs, even waiting tables which used to be frowned upon, is now respected.  I’m seeing highly educated and capable individuals tout the value of experience, collaboration and hard work, maintain a steadfast rule of work life balance, and promoting the principles of continuously thinking about continuance and progression.  Comfort is no longer an option.  Progression, continuance, collaboration, opportunity and sharing is all you hear about and has now become the the talk of the town.

A mentor of mine shared a thought a year ago, one summer night on a balcony over a whiskey.  It was along the lines of Greece is great because of its principle belief in hope, continuity, community and family.  I have nothing more to say than that thought has been validated and proven to me consistently over the past several weeks.

To the Greek parliament.  Take your head out of your ass, stop looking in a mirror and listen to your people.  They’re getting it right.

Way to go Greece.    You’re doing GREAT!  Thank You for reminding us the importance of hope and unity.  Keep going.

What does SPEM 3D.0 mean to you? Does it need to happen? Where’s the Change Management?

Now imagine where we can go.  M #icarusgames