We can print currency, trust me, at home.  Buillon.  Now.  Treat that like a function.  decentralizedCooperation().  Tuck that away for a moment.  Now, just, call the function.

πChain implies decentralizedCooperation(dC).  I have a BlockChain.  Plugin Fibonacci for a block.  That gives you a fairly balanced and proven metric.  Golden section. You can scale or just fool around with pi.

So you’re left with connecting the dots and forgetting about linear chains.  That’s the problem with the financial eco-system today, what makes it so fragile is hierarchy in communications.  Wide cast filters.

Here’s the thing. People are louder today, we’re just hanging under someone else’s twitter feed, a filter, and we’re expecting sound above is as below, but that’s not the case.  We’re born to jaja today.  Each jaja is a story in itself. The baggage is there, that’s my BlockChain.  And there’s a bunch of us.  Try painting this picture for yourself.  Simple imagery.  And don’t forget, we’re distributed.  The dart board is packed with opportunity. 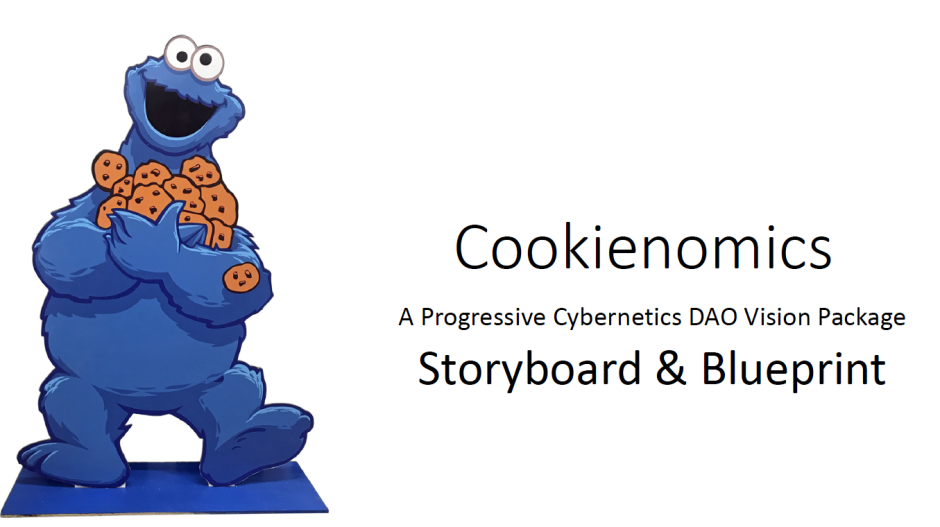 With Industry 5.0 on the horizon, humanoid to machine interface, coupled with the rise in P2P Alt-Economies such as Blockchain based Bitcoin, Ethereum, Libra, etc. B2B and B2C are certainly, dead.  That’s a sentiment out there.  Well.  Not exactly.

Set aside economics for a bit.  This isn’t a complicated picture that needs painting, you can sketch it for yourselves.  First step, set aside economics.  A shared denominator that makes both economics and technology tick is information and data, start there.  Now, we’re talking about the rise of P2P, as a semantic layer, over B2B and B2C.  B2B and B2C are still there, the infrastructure, and these new alt-economies, the ones with a little backbone, well they pass my LEGO test and rest on top of these two proven layers.

What’s my LEGO test?  Say the following into Siri =>

So what does that say?  Blockchain is a digital value enabler. It can harvest digital value and transform it into currency.  Plain and simple.  Isolated currency becomes energized again.  Friendly currency, not hostile, like our current state economics.  This is all opt-in.

Where Facebook and the Libra solution come in is trying to resolve an age-old community driven economics problem, and that’s the volatility problem when it comes to crypto-currency.  Community means (and needs) stability.  So we’re not that far ahead folks, the industry is stuck on dealing with some important stuff here and we’re just creating noise when we’re not focused on our individual roles, as citizens, in fixing this problem.  There’s no cohesion in both community and economic goals.  Don’t get me wrong, those dots are there, yet the connections today, are overwhelmingly meaningless.  Blockchain fixes that.

Still not convinced?  Well, this is guns and butter stuff, really.  We used to do it with Buillon (Gold).  Remember that?  Matter of fact, we still do. + Crypto Currency.  People’s (community driven) Buillon.  Our Buillon.  Welcome to Industry 6.0.  It’s that simple. Omega state, quantum, alt-economics and alt-economies.  It’s time to build.